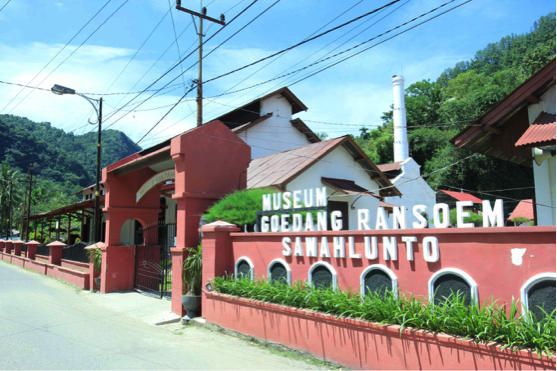 The Ombilin coal mine in Sawahlunto, West Sumatra, the “oldest coal mining town in Southeast Asia”, has been named a World Heritage site by UNESCO.

Sawahlunto Culture and Historical Preservation Agency head Rahmat Gino said the evaluation process for the coal mine went smoothly during the 43rd session of the World Heritage Committee, which commenced on June 30.

“In addition to Indonesia, there were 20 other countries that supported the nomination,” Rahmat told The Jakarta Post on Saturday, about two hours before the committee unanimously agreed to officially name Sawahlunto’s historic coal mine a World Heritage site.

The coal mine in Sawahlunto belongs in the cultural site category.

Rahmat said members of the committee had undergone thorough deliberation on the nominees.  He said Sawahlunto was the only Indonesian nominee to be named a World Heritage site this year.

Sawahlunto Deputy Mayor Zohirin Sayuti expressed his enthusiasm for the city’s World Heritage status, saying that the efforts to acquire the status, which began in 2001, had finally paid off.

“[The World Heritage] status will definitely benefit Sawahlunto, West Sumatra province, as well as the country in general. We will be able attract more tourists,” Zohirin said.

He said the World Heritage status should also serve as a serious reminder for historical and cultural preservation around Sawahlunto to ensure the city remains on the UNESCO list.

“Congratulations to all of us. Now let’s work together to preserve the site for our own good. We need to commit to a concerted cultural preservation effort that involves all seven regencies and cities, led by the West Sumatra governor,” Nurmatias said.

Described by UNESCO on its tentative list as "the oldest coal mining town in Southeast Asia", Sawahlunto was first proposed as a world heritage site four years ago, according to West Sumatra Tourism, Youth and Sports Agency head Efriyanto.