Belt and Road Gets Indonesian Boost 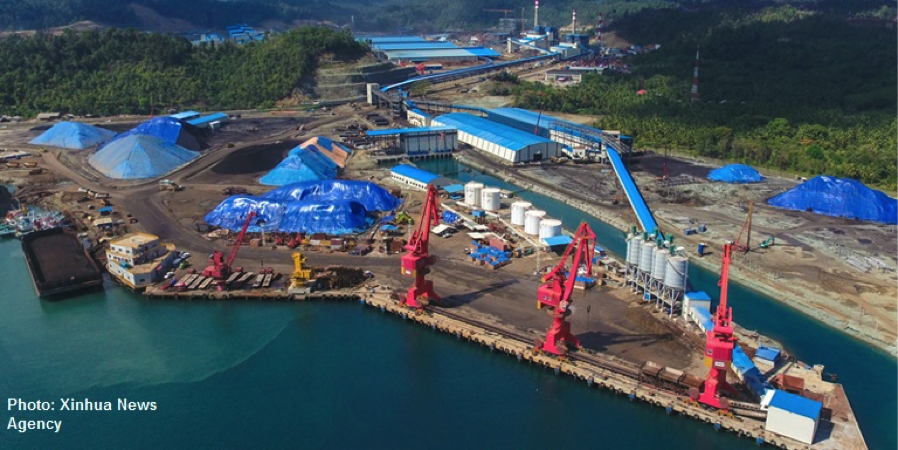 The plan had been secured to further develop Indonesia's Morowali Industrial Park set in the Central Sulawesi Province, the park is already seen as something of a high-water mark for Indonesian-Chinese cooperation.

The new agreement, believed to have been brokered during the China-Indonesia Cooperation Forum: Belt and Road Initiative and Global Maritime Forum, which was held in Beijing in June 2017, has seen the China Development Bank guarantee an additional US$1.22 billion of funding for the park. Under plans that are already in place, this will see three additional manufacturing plants and two new coal-fired electricity generating facilities constructed on the 2,000-hectare site.

Indonesian-Chinese cooperation on the development of the park actually predates the official launch of the BRI, China's international infrastructure development and trade facilitation programme. When the IMIP was first conceived, back in 2009, it was backed by the Shanghai Decent Investment Group – a wholly owned-subsidiary of Tsingshan Steel, the Shanghai-headquartered steel-producing giant – under the then-current Go Global strategy.

Decent partnered with the Bintangdelapan Group, a Jakarta-based mining and chemical conglomerate, on the development of the project, with the shareholding split 66.25%-33.75% in favour of the Chinese company. This saw the two agree on a three-phase development schedule for the site.

The first of the pig iron plants was backed by Sulawesi Mining Investment, a 45%-55% joint venture between Bintangdelapan and the Dingxin Group, a Fujian-based steel producer. Under the terms of the agreement, the nickel mined by SMI is processed at the plant, with its annual throughput expected to be around 300,000 tonnes.

Work on this first plant involved investment of US$628 million, which was largely sourced from the CDB. With construction beginning in July 2013, the work was completed 18 months later, with the plant officially going online in May 2015.

The second plant was backed by Guang Ching Nickel and Stainless Steel Industry, a Salawesi-based metal producer in which Guangxin Holdings, a Guangdong-based mining and manufacturing conglomerate, is a substantial shareholder. With a target output of 600,000 tons of nickel pig iron per annum, the project attracted total investment of more than US$1 billion. Construction work on the facility began in May 2014, with the plant going into operation two years later.

The stainless-steel slab and captive power plant, the final project of the first development phase, was backed by Indonesia Tsingshan Stainless Steel, with the CDB covering $570 million of the $800 million overall cost of the facility. Construction work on the plant began in July 2015 and, although it is not yet operational, its annual sales revenue is anticipated to be around $2.2 billion, based on an annual output capacity of one million tonnes.

By the end of September 2016, the total investment in the park was around $2.5 billion. In March the following year, with production underway, the site was on track to produce two million tonnes of stainless steel in 2017, with its output expected to rise to three million tonnes in 2018.

As a result of the 2017 China-Indonesia Cooperation Forum, further BRI-related investment of $1.63 billion was agreed. Of this, some $980 million will go towards funding a new carbon steel factory, which will be jointly developed by the Tsingshan Group and the Delong Group. Once operational, it is expected to have an annual production capacity of 3.5 million tonnes.

Tsingshan is also working with the Bintang Delapan Group on the joint development of two further power plants. With the cost currently estimated as $650 million, each plant has a target capacity of 350 MW.

Overall, Indonesia has been one of the key beneficiaries of the BRI, with China said to have invested up to $87 billion in developing the country's infrastructure, including some $6 billion on the 142-kilometre Jakarta-Bandung rail link, the country's first high-speed train service.

For its part, China views Indonesia as a key partner in the overall programme, largely thanks to the strong existing trade ties between the two countries and Indonesia's strategic positioning along the BRI's proposed maritime routes.