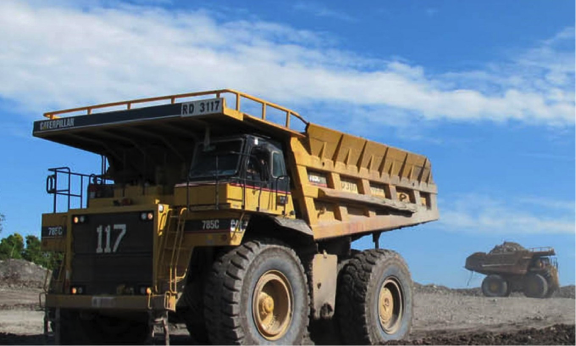 Publicly listed coal miner PT Bumi Resources' (Bumi) profit fell sharply during the first half because due to the decline in coal prices on the world market. The company, part of the Bakrie group owned by entrepreneur and politician Aburizal Bakrie's family, reported a 42.79 percent year-on-year decrease in profit throughout the first six months of this year to US$80.67 million.

The lower profit was attributable to declining revenue. In the January to June period of this year, Bumi's revenue was down 14.15 percent yoy to $481.36 million, according to the company's financial report posted on the Indonesia Stock Exchange's (IDX) website on Wednesday.

Coal prices fell 8 percent to US$53.20 per ton during the first half from $58 per ton in the same period last year.

However, the increase in revenue from its service segment that jumped 258.85 percent yoy prevented the company’s overall revenue from further decline as of the second quarter.

As of the first quarter, BUMI’s net profit dropped 46.27 percent year-on-year to $48.44 million, but that was much better than the previous quarter when the firm only booked $15.1 million. (hen)